-
0
This morning I was collected at the college by Andy and whisked away to Southsea.
We were to be present at Eastney Evangelical Free Church as Andy was both giving an outline of OMF’s work and preaching from the book of Jonah with a focus on Nineveh and our attitudes to God’s calling. I took to manning the computer attached to the screen and it all went swimmingly. we both Got compliments on our bit for the Sunday morning service, even though it was Andy who did all the hard work. Standing around talking to new people is hard work too, Andy just makes it look easy because he’s extroverted. 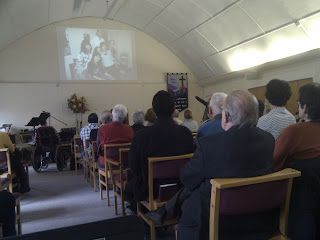 Eastney Church supports a missionary couple in Sendai, Japan who are on field with OMF. The missions committee at the church invited Andy and I over for lunch shortly after the service. It was a good time with good people and good food. the house we ate at was the residence of somebody I had actually met before, John was at another OMF event only a few weeks ago in Portsmouth where myself and some other Moorlands students had been to support one of our peers as she spoke about Christianity in Vietnam. John and his wife Sarah own a very beautiful mackerel tabby, it sat next to me while we ate; and while I’m usually allergic to cat’s I had no reaction to it today, I like it this way. 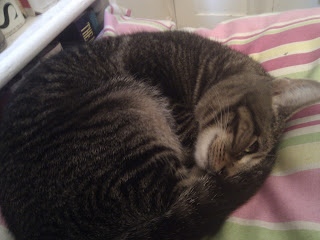 After Lunch I sat in on an informal interview. Andy, as a missions mobiliser, had been contacted by a data aggregator in Southsea who was interested in going into the far east. We went to meet Justin and discuss his interests in mission and potential opportunities which OMF could provide. I chipped in occasionally with some tidbits of information, but for the most part I was slowly drifting off – it was a long day.
This completed, we took our journey to New Milton, where I will be staying for the next 3 weeks. I am staying with a bright young couple called Ray and Emily, and I am told that they have the spiritual gift of hospitality. Before arriving here however, I got to meet Andy’s wife and two children, this was nice – the wife is lovely, the kids are hyper. I need to practice my blocking and (fake) punching skills.
I am now at Ray and Emily’s house.
See More on the McKlatch.com Blog
50.759013-1.6706049
Block Placement Cat church Eastney Jonah Lunch OMF Presentation Sermon Southsea
Share on Facebook Share on twitter