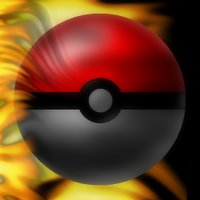 people can’t seem to understand why i would choose a pokeball as the background on my new cellphone (V3 razr – thanx to convincing from Adam of Inept-Inc)! i like pokeballs! they are quite simply, amazing, just think about them… They store the bodies and souls of pokemon into a digital format which can be either reduced in size and kept in your pocket, or, in fact, transmitted over the internet to Professor Oak! what more could you ask for? i hope they make pokeballs legal again!

There’s an article about pokeball’s on Wikipedia. it says, “Despite the Poké Ball’s small size, it can contain Pokémon longer than 40 ft” it’s like the opposite of the millennium falcon!

My dear friend Quez learned about the delights of contraceptives today! she didn’t know what they were (awww). Unfortunately i was the lad who had to explain them to her. it only came up because i jokingly considered creating Charles Rennie Mackintosh themed contraceptive dispensers for my Design project! she was liek “What’s that” She is an admirable lady. very funny! after discovering that i called her a “gentleman” in my previous post, she tried to convince me that she was a hermaphrodite, and so i said, “i’ll mention that in my Blog” and then she told me that she was in fact a lady! so I’d just like to take a moment to declare that Quez is in fact a lady!
There! (lolz, i linked to my previous post)

oh yeah, i made that pokeball image myself using Photoshop (software)

I showed Nosebleed the first 2 episodes of Reno911, after describing it as, “the office, but with police officers” he liked it a lot! i’m still not sure what i think, it is very silly!

CoGers uncovered today the fact that i don’t use peoples real names in my blog! today, was a first, Adam from Inept Inc. is, in fact, actually, called Adam (i think)! Nosebleed is not called Nosebleed in real life, his mum calls him Crusty sometimes!

No……. im not my phone to my dear dear dear friend, she awesome, its all fun, on for anther couple o hours 😉

POKYMAN with the Poky and the Man and the thing where the guy comes out of the thing, and he makes a fraaagh fr fra aagh aagh aagh!